DC/OS is an excellent platform to deploy distributed services like Apache Cassandra, Kafka, Hdfs, or even SQL Server. It includes many additional features like the container orchestration and resource management, but this blog post will focus on the deployment and maintenance of DC/OS for distributed services.

We have the following goals:

Complex systems require more than just ease of deployment. We build tools for production that are easy for operators to maintain and developers to consume. We care about "Day 2" and the impact that has on people.

BOSH is a great tool for provisioning and maintaining virtual machines and disk for large distributed systems. It can deploy VMs with CPIs to AWS, Azure, GCE, vSphere, OpenStack and other infrastructures. Targeting different infrastructures requires very little effort because of the CPIs. BOSH also can:

BOSH is also a software/packaging life cycle management tool. A BOSH Manifest combines a BOSH Release and Stemcell into a yaml file to describe the software and operating system a set of servers. BOSH uses this manifest file to deploy to the targeted infrastructure, monitoring the health of the virtual machines and resurrecting any which are destroyed.

Overview of How to Deploy DC/OS on BOSH

First, you will need to deploy a BOSH Director. Instructions for doing so can be found here: https://bosh.io/docs/init.html

The next step is to create a BOSH Deployment Manifest which contains:

How to Upgrade DC/OS

If there is a newer Stemcell (os) image you would like to use for a patched CVE or newer kernel, you upload the new Stemcell to the BOSH Director and deploy. BOSH will recreate each of the VMs, reattach the persistent storage and start the necessary components.

Scaling is simple too, need more mesos-agents? Modify the instances: in the deployment manifest and redeploy. One or more VMs will be created and the install scripts will be run automatically from the provision server.

Overall, BOSH is a great tool to:

We hope others will find this useful! We are in both dcos-community.slack.com and cloudfoundry.slack.com as @lnguyen so feel free to ask questions there. 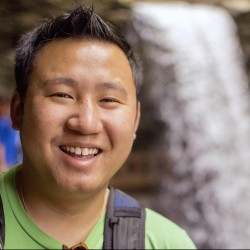