Before we dive into how this is done there are a couple of important bits:

Fear not, we will work around these last two issues.

There are a couple of items required in a manifest for a job to leverage multiple disks:

Here is an example stub manifest defining two disks to be mounted, one called portworx (used as raw disk) and another called store (to be mounted to /var/vcap/store):

The disk pools are defined as one of the two options below, notice that these map to the persistent_disks in the mesos_agent instance group above.

At this point if the deployment manifest was deployed, two disks would be mounted on the mesos-agent vm in /var/vcap/instance/disks as:

But there is nothing mounted to /var/vcap/store and /dev/xvdf is not formatted yet. You can do this manually, however we modified the BOSH release with a pre-start script to do this work automatically for us as seen in the next section.

Any BOSH Job which you would like to leverage multiple disks needs to format the disks. An example pre-start script shows off the basics of checking if the filesystem exists and then symlinking a disk to /var/vcap/store:

If we deploy the manifest with this modified release you will have a 10GB ext4 formatted drive symlinked to /var/vcap/store.

In the examples above the portworx disk was ignored because it is being presented in raw format to Docker to manage. If you wanted to format and use this disk as well we could have added the following to the pre-start script:

This results in the second disk being with 100GB available at /var/vcap/portworx formatted as ext4.

In a BOSH release if you need the mapping of the device, you can readlink:

If you echoed DISKPATH you would get the value /dev/xvdg.

The disks are not automatically deleted if the deployment is deleted, there is a 5 day grace period before the orphaned disks are cleaned up by BOSH. Verify your BOSH settings before relying on this feature.

Instead of embedding the prestart script in the DC/OS BOSH Release it may be more beneficial to create a separate multidisk-boshrelease and colocate it on the instance groups so it is easier to reuse. Look for an update on this!

Everyone deserves nice things, multiple disks via BOSH is a nice thing, be sure to share your tips on the greatness of BOSH! 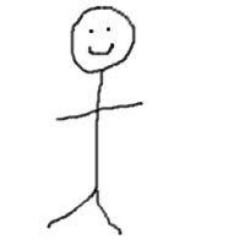